I have the most ridiculous smile on my face. My world seems a bit lighter. I can now let go of the anticipation of this day, as it is now here.  A day that did not seem possible. Today marks 2 years since Sophie's second round of brain surgeries. Two years. It's hard to believe.

On May 10, 2006, our world as we knew it was changed forever. That day was a little over seven and a half years ago and I still get a rush of emotions when I think about it. It takes my breath away and makes my heart beat a little bit faster. I can feel the anxiety rising. When I close my eyes, I can vividly picture that day. I remember the exact spot in the office where I was standing...where I soon crumbled. I remember the stream of tears that I could not seem to stop from continuously flowing down my face. I remember driving straight to the hospital. I remember waiting at admissions to be checked in. I remember a staff person coming to get us to walk us to our room. I remember looking at Sophie and feeling so helpless. That day will forever be etched in my memory. The pain of that day will always be with me.

But to fully appreciate today, that day and so many other pivotal moments along this journey that lead us to today must be remembered.

After that day, I spent an obscene amount of hours on the internet to research all I could about Infantile Spasms. For days on end, every single night after Sophie went to bed, I sat down in front of my computer to research. I struggled to find any good news and often ended up in tears. The words uttered by our neurologist just moments after we were given the devastating diagnose seemed to hold true. We were told that she had a 70% chance of being mentally retarded and we were to start her on a drug that had a side effect of death. I am not sure if all this information was necessary at that exact moment but I guess one might believe to just pile it all on at once.

That drug that we were to put all our hope into is called Acthar gel (a natural product derived from a bovine or porcine source of the adrenocorticotropic hormone or ACTH). While we were in the hospital, we were taught how to inject this drug into our daughter's muscle in her upper thigh. In other words, I held her down while Brandon injected an obnoxious size needle into her leg every single day for a little over two months. Soon her thighs looked like they were sprinkled with freckles from all the little scars from the injection sites.

ACTH was a failure as it did not stop her seizures. Though they did reduce the number and severity of the seizures while she was on the drug, the seizures slowly crept back up and only got worse from there. We were given options of other drugs but were told the possibility of any other drug stopping the seizures was low. But we tried anyway...Topamax, Vigabatrin, Zonegran, Depakote, Clonazepam, Clobazam, Ketogenic Diet, Keppra, Depakote (again), IVIG, ACTH (again), Banzel and Felbatol...all over the course of three years.

As Sophie's numerous EEGs never showed a focal point in which the seizures were originating nor did her initial MRI show any abnormalities, we were never given any other options but to give her these medications that were failing her.

In the meantime, I met an amazing mom online through an Infantile Spasms support group who has a son a few years older than Sophie. It was because of her that I found out that I should pursue brain surgery as an option for stopping the seizures. At the time, it sounded barbaric to me. I mean how could you possibly remove large portions of the brain...entire lobes, maybe even the entire hemisphere. How could a person, a child...my child...survive that?! Your brain, in essence, is who you are. Once it is removed, there is no going back.

I soon learned through her that a chaotic EEG showing generalized seizures and a normal MRI did not automatically rule out brain surgery. That even though Sophie's MRI (which shows the structure of the brain) was normal, that she needed a PET scan (which shows the function of the brain). She also told me about Dr. Harry Chugani, a pediatric neurologist known all over the world for specializing in Infantile Spasms and brain surgery.

When Sophie was 11 months old, we traveled to Detroit for our first visit to the Children's Hospital of Michigan for a PET scan, 24 hour video EEG and an appointment with Dr. Chugani. In order to be a candidate for resective brain surgery for epilepsy, only one side of the brain must be affected. Unfortunately, Sophie's initial PET scan showed not only a large area of hypometabolism in the left hemisphere but also a small area of hypometabolism in the right hemisphere. Even though Sophie was not a surgical candidate at this time, we kept in touch with Dr. Chugani via e-mail. He is an amazing doctor like that...as busy as he is, he always finds time to quickly (usually within 24 hours) respond to e-mails from parents all over the world even if your child is not a patient of his.

As our list of failed medications grew, we decided to make another trip to Detroit when Sophie was one month shy of her 3rd birthday. This time, the PET scan only showed hypometabolism in the left hemisphere and the right hemisphere appeared normal. In other words, we had one foot in the door for Sophie to become a surgical candidate. Though more testing needed to be done, so we returned to Detroit the following month. With our hopes up high, it was devastating to find out that the test results were not conclusive enough for Sophie to become a surgical candidate at this time. We were left with instructions to repeat the EEG in six months to find out whether a focus would appear. I was too exhausted to travel to Detroit again, so we did the overnight EEG at our local hospital six months later. I got a copy of the EEG on a disc to send to Dr. Chugani before we even left the hospital. The disappointment of finding out that Sophie was not a surgical candidate last time weighed so heavily on me, that I waited almost three weeks to mail the CD.

Then a few days after mailing the CD, I received a call saying they were going to present Sophie's case to the surgical committee. I was in complete shock. Unbelievable. I could not believe this day was here.

On May 29, 2009, at the age of 3.5 years old, Sophie had a left subtotal hemispherectomy. A surgery that removed her left parietal, occipital, temporal and frontal (except the motor/sensory cortex) lobes. She went from having hundreds of seizures a day to none! She went from being virtually nonverbal to talking up a storm! All those therapy sessions where we saw very little developmental gains were finally paying off. Our child's brain now had the ability to make new connections and her cognitive development was nothing short of amazing to watch.

Somewhere around ten months after surgery, Sophie's seizures relapsed. I knew it had but I was in denial. I did not want to believe it. I think it took me about a month to come to terms with it. I was exhausted and lost. Elsa just turned 2 years old and Charlie was about 8 months old. We tried adjusting medications which would temporarily work but the seizures were relentless. We even tried another round of ACTH. We had to pull Sophie from preschool since her immune system was suppressed from the ACTH. I don't know if it was from the exhaustion of having three kids or the depression of the relapse in seizures, but this time in my life was a blur.

After we exhausted another long list of medications, we decided to pursue brain surgery again. Though this time it was easier to convince them to go in. The biggest challenge we faced this surgery was that there was not much tissue remaining in the left hemisphere. We had a high possibility that they would want to remove the left motor/sensory cortex which would have left her with a physical deficit on top of all the cognitive challenges she was already facing. In the end, it turned out all the seizures were originating from a 1cm by 1in piece of cushion that was surrounding the motor/sensory cortex. They removed that piece of tissue and did extensive Multiple Subpial Transection (MST) over the remaining tissue.

Which...finally...brings us to today. Two years since that last surgery. TWO YEARS OF BEING SEIZURE FREE!!! Sophie's latest EEG was about 9 months ago which showed NO SPIKING and NO SHARP WAVES. This was the first ever EEG she has had that did not show any epileptic or pre-epileptic activity.

By the way, we moved to a Chicago suburb a little over a year ago (for Brandon's job). Sophie is now in 2nd grade and is doing amazing. She splits her time between the general education classroom and instructional classroom. She receives OT, PT, ST along with instructional minutes at school. She also has private OT, ABA, vision therapy and music therapy.

She is considered an emerging reader. She recognizes all the letters in the alphabet, knows the sounds they make and has memorized a long list of sight words, though she struggles with decoding (sounding out words). She still loves pretend play and likes to act things out with her Disney figurines. Her fine motor skills are getting stronger. She is able to draw stick figure people and write her first name.

Her biggest obstacle in learning is her ADHD. We have tried a few medications (Tenex and Strattera). We just started back up on Therapeutic Listening. We have thought about trying Tenex again or possibly Focalin (she has another doctor's appointment on Tuesday to discuss these options).

And though sometimes I felt lost and that I had lost hope, there was always a small part of me that kept fighting on behalf of Sophie through all of this. Sometimes I had no idea what I was fighting for, but I knew I had to keep moving forward for her. For her perseverance in life has taught me so much.  Her smiles through it all has held me together. I still take each day as it comes as I know all too well that the possibility for relapsing is there (especially when hormones start changing). So I will enjoy today...the first time in her 8 years of life to be able to say she has reached the two year anniversary of being seizure-free. It only took us two rounds of brain surgeries to get here! 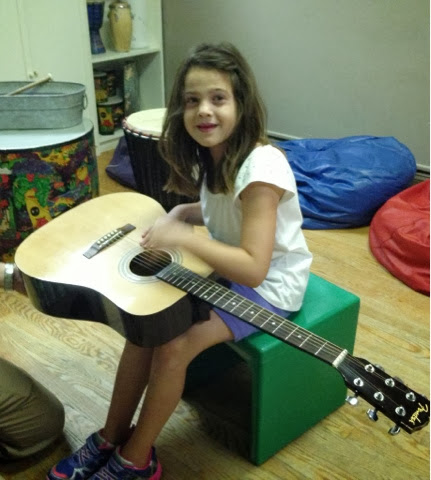 Anniversaries are always hinky, aren't they? They come and affect us in so many strange ways. We are happy for the progressions, burdened by the way we feel about how life is moving around us, the this, the that.

Keep on fighting, and keep on celebrating the little things and the big things, for today and hopefully many days beyond.

Such wonderful news! It's so amazing to see how much they can progress without those darn seizures. I didn't realize that you moved to Chicago. I hope we both can continue to post great updates now that the spasms are gone and the seizures are conquered.
Tammy Orahood

We all celebrate this landmark with you. Love you, Sphie. 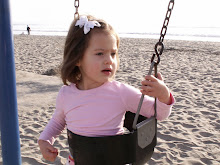 Find out more about Infantile Spasms...